Truecar, “The Future of Car Buying”

Save the Date, “Leonard”

Papert began his filmmaking career while still in high school, with his first paid gig at 16. Directing, shooting and editing hundreds of local commercials and corporate videos for a regional production company in his early 20’s was a great introduction to working fast and lean. After a lengthy operating career (specializing in Steadicam), Papert moved up to Director of Photography.

In 2001 he co-created “Instant Films,” a 48-hour filmmaking festival which generated over 200 films, twelve of which he directed.

From pilot through all five seasons of the groundbreaking Comedy Central series “Key & Peele”, Papert collaborated with director Peter Atencio and the rest of the team to give each of 155 sketches a unique look and feel, from recreating the look of blockbuster features to vintage or low-fi material. Many of these sketches have become iconic, and Papert often comes across his frames in pitch decks and look books!

Papert is often sought out for complex projects that have specialized technical requirements, from hidden camera to vintage looks to one-off specialized rigs, many of which he designed and had built to spec. For the Youtube Premium series “Ryan Hansen Solves Crimes on Television”, the scripts call for a multitude of cameras and styles from widescreen action film to phone snapchat. For the latter, he designed an ultra-light custom rig that allowed the actor to frame himself, read from a prompter and transmit the recorded image to monitors, while still holding the setup at arm’s length.

While he embraces the technical side of the craft, he values the importance of script and performance above all. His background in directing and editing informs his approach to the visuals so that it always complements the story, with a mantra of “shooting for the edit” firmly in place. 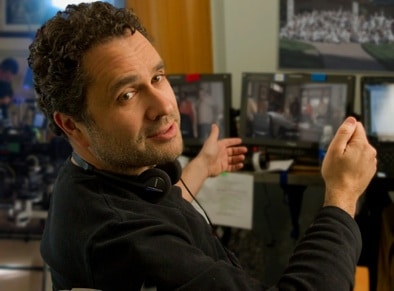 Thanks for your message!

Thanks for your message!